Highlights of the Rex Study Tour 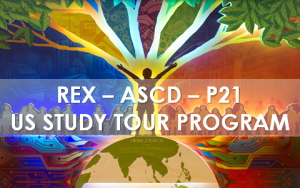 I wish to share with you some highlights of the Rex-ASC-P21 US Study Tour Program which our school has been fortunately chosen to be part of.

Allow me to begin by expressing that the participants of the program were in awe after discovering that it wasn’t just a study tour. It was an invitation to join a movement.

You probably have heard about the campaign of Rex Bookstore, “Para sa Bata” which is premised on an African proverb that goes “It takes a village to raise a child.” In its goal to understand how this philosophy is realized at a global scale, the Rex Team took the bold step of connecting with two educational development giants based in the United States.

These two organizations are the ASCD or the Association for Supervision and Curriculum Development and P21 or Partnerships for 21st Century Learning. The former is about to celebrate its 75th year as a premier research-based and practice-focused education development institution while the latter started at the dawn of the 21st century to problematize new skill sets for engaging in a world that is increasingly becoming more complex. The two organizations have actually drafted Rex Bookstore as a strategic partner in promoting the whole child philosophy and 21st century skills.

Four objectives were set to be realized through this program.

I am happy to tell you that we belong to a league of well-selected institutions from all over the country. This alone is a form of recognition of the capacity of our school to take part in a greater movement to contribute to nation building through education.

The study tour was heavily concentrated in Washington DC as the study site and our residential facility is in Old Town Alexandria. In New York, aside from tours of museums and other areas of interest, we visited the general headquarters of the e-learning solutions provider, Schoology which is an international partner of Rex.

As the study tour progressed, I realized that our participation is of added value to us especially when we finally become a Whole Child and 21st Century Learning Exemplar School. This would mean we will be able to establish ourselves as a benchmark for the two global movements and at the same time increase our access to resources and opportunities afforded to exemplar schools. Some of these include being able to be tapped as resource for professional development initiatives for teachers and leaders of other schools.

Let me now share with you some specific details and insights. 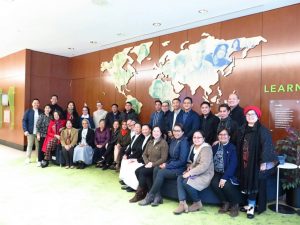 This is the group at the ASCD Headquarters. The map on the wall actually shows the extent of influence of the ASCD in terms of international education development. 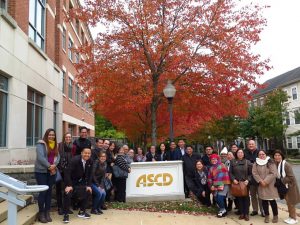 The ASCD has recently launched a campaign called WC4WW or Whole Child for the Whole World which is translated in the Philippine context as Rex’s “Para sa Bata” campaign. This complementarity has led to the proposition of making the tools and resources of ASCD accessible to Philippine schools through its strategic partner, Rex Bookstore. 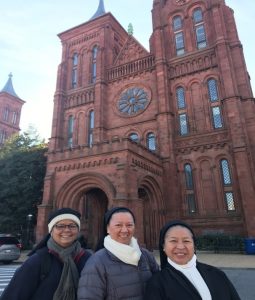 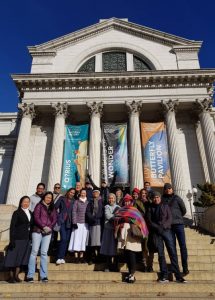 Strategically placed in the middle of two parts of the study tour is a series of tours in museums and special places of interest. These helped us appreciate alternative learning experiences that are integral to understanding the national situation within which education operates as an enabler.

The tour of the Capital with stops in its major edifices such as the Capitol, the Lincoln Memorial, and the White House was a great walking experience for the team. 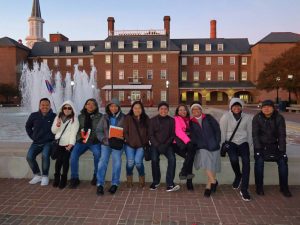 A walking tour of Old Town Alexandria enabled the team to understand how heritage is preserved in a nation that continues to move forward in all areas of life. 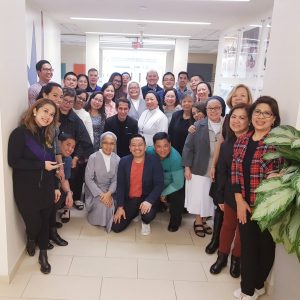 The next segment of the study tour took place at the P21 headquarters.  Guided by their Senior Adviser and expert trainer-researcher Helen Soule, the participants were equipped with the language of the the P21 framework. During the discussions, it became clearer how the Philippine K to 12 framework is aligned to the goals of 21st century learning.

As if the Washington DC leg of the Study Tour wasn’t enough as a learning experience, we managed to be certified at the Schoology Headquarters in New York. Schoology is a learning management system that Rex Bookstore promoted in the Philippines primarily because it is also a school leadership and management platform. Based on our learning experiences in Washington, the availability of data-generating structures in schools are necessary in ensuring that whole child and 21st century indicators are effectively monitored and maximized.

The team members received the professional development certification for “Getting Started with Schoology” and “Leveraging Schoology in a Leadership Role’. These two modules convinced the participants through hands on sessions with Joe Vassallo, Professional Development Specialist of Schoology.

It was a surprise for all of the team members to find out that the co-founder of Schoology is a Filipino physicist and computer scientist based in the US. He is Timothy Trinidad.

We were joined during the training sessions through video conferencing, by the Rex Team in the Philippines led by its COO, Mr. Don Timothy Buhain. The Schoology training also allowed the school leaders to envision possibilities in making Schoology meaningful in the Philippine context. 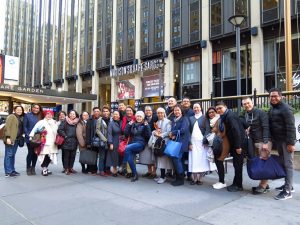 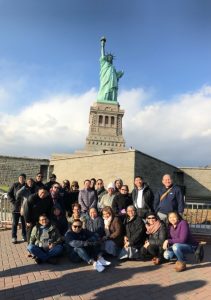 Despite the very tight two-day schedule in New York, the team also had the chance to visit significant sites such as the Empire State Building, the 911Memorial, the Statue of Liberty, and a walking tour of few historic districts.

As a network of schools championing the two frameworks, we decided to articulate common directions to take:

The first is for us to try using the free individual or institutional rubrics of ASCD and P21 to assess how far or near we are in terms of implementing the two phenomenal frameworks. Rex has committed to provide continuing learning sessions relative to this.

From the alignment of the analysis to our strategic plans and accreditation reports, we could move towards planning and carrying out concrete steps relative to the analysis made about whole child, 21st century learning, and our school development directions.

This engagement will now allow us to maintaining ties with the network of Philippine schools who have undergone the training and facilitate learning sessions and focused meetings with them.

Allow me to end this presentation by clarifying that there are no strings attached to this collaboration. And that is why the network of schools for this program which include ours is thankful for the opportunity and the ones that are about to come. Allow me to share the development agenda of the network.

The study tour has enabled the participating schools to adopt the consciousness of connecting and complementing than competing. This is something Philippine schools should really start doing so that eventually we could collectively provide access to resources for continuing professional development.

The network of schools will soon become part of the Resource for Educators and Academic Professionals (REAP), which is the Rex arm for developing teachers and leaders. Our collective goal is that while the initial set of schools will be provided with access to international benchmarking initiatives, they pay it forward by becoming local benchmarking facilities and resources for training other schools.

Finally, through the network of schools that this opportunity has given birth to, we desire to take part in the cultivation of a culture of evidence-based practice in schools at the levels of leading, teaching, and learning. Both ASCD and P21 are eager to engage Philippine schools in generating and analyzing global data relative to the implementation of the tenets of the and indicators of the whole child and 21st century learning frameworks.